Damn, can you believe it’s been 10 years since SIN began!? It all began from a Britney Spears fan site “Uh Like That!” in 2003, which transformed into a Pop Music Blog in 2006 and spawned off into “Spill It Now” in 2007. We have had our ups and downs and now we are off to an amazing rebirth!

Here’s to 10 more years and beyond! Love you guys!

Updated: Bonus trip down memory lane. Take a look back at SIN from the beginning!

Updated official logo before the end of 2007 which we kept until 2016! 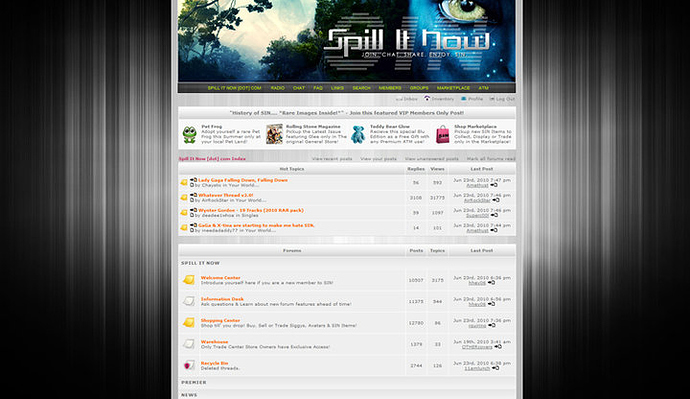 SIN-screenshot-10.jpg720x417 98.3 KB
Updated section icons, defined colors and more around 2013 and kept adding enhancements until the code was obsolete. 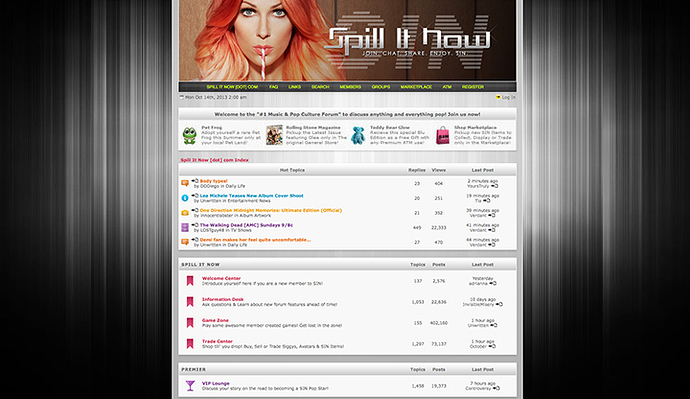 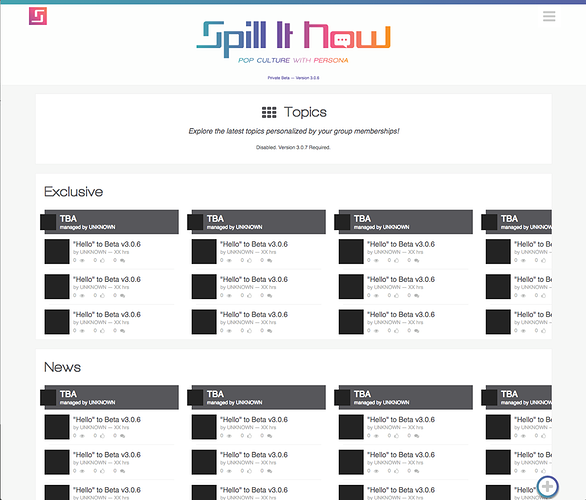 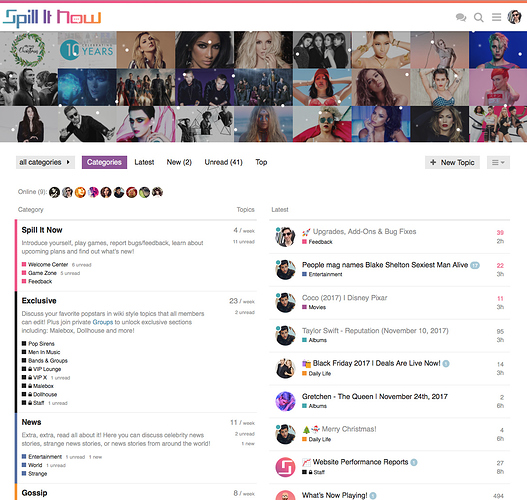 An amazing 10 years! It’s had it’s up and down moments as all forums do, but to see it continue on after 10 years is a HUGE milestone! Thank you for making this website into what is has become!

Loving this feeling of SIN 4.0 and it feels homely for some reason. Gosh missing those SIN 2.0 days where we had special little virtual gifts to celebrate each day.

Here’s to another decade of SIN

It’s insane thinking it’s been 10 years! I remember Uh Like That and the covers you used to make Eric. Love being a part of this forum and I’m excited for the rebirth of an amazing site. Congrats!

What a crazy and fun ride, I’m excited to see what the future brings next. We truly are a great community so, happy 10 years to all of us who make this place great.

Having this forum back after such a long time, and looking like it will be bigger and better than before is so exciting. Here’s to the next 10 years!

Wow, that’s amazing <3 I wish I could see all of the old looks of forum ^^

That’s a good idea, I’ll see if I have any old screenshots and update later.

Yay! Glad everything is back up and running!

I’m so in love with the new look, and the fact that SIN is back makes me so joyful. I wish we could have kept our old accounts but it makes sense that everything is new and started afresh. Great job with everything, Eric!

Updated: Bonus trip down memory lane. Take a look back at SIN from the beginning!

The O.G. logo didn’t work for me, and I do love the current logo and simplistic layout. It’s bright, inviting and very accessible. Loving it!

This new update is exactly how I wanted the previous update to look, like the old site, but just clean and fresh, and you pulled it off Eric!

It’s been a crazy ten years on here, SIN forever!

I know this is going to bump up the thread, but I do miss staying up late and refreshing to buy virtual items and now just hit me its all gone