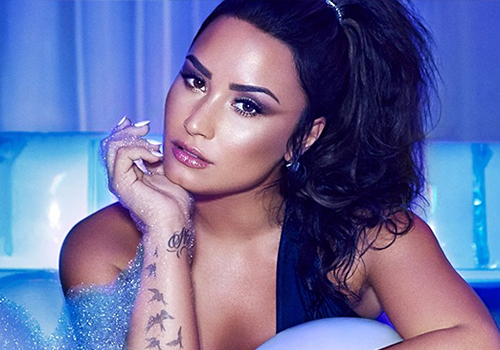 Demetria Devonne Lovato is an American singer, songwriter, and actress. After making her debut as a child actress in Barney & Friends, Lovato rose to prominence in 2008 when she starred in the Disney Channel television film Camp Rock and released her debut single “This Is Me” which peaked at number nine on the Billboard Hot 100. The success of the film and its soundtrack resulted in a recording contract with Hollywood Records. Her debut album, Don’t Forget (2008), debuted at number two on the US Billboard 200. The following year, Lovato was cast as the titular character in the television series Sonny with a Chance (2009–2011), and released her sophomore album, Here We Go Again, which became her first to top the Billboard 200 chart.

uhm so am i the first one here? where are the demi fans?

uhm so am i the first one here? where are the demi fans?

YAS! She is slaying this era.

Well yes. I dont like this album at all and i am not a huge fan of hers but demi fans enjoying this era. I only like Daddy Issues.