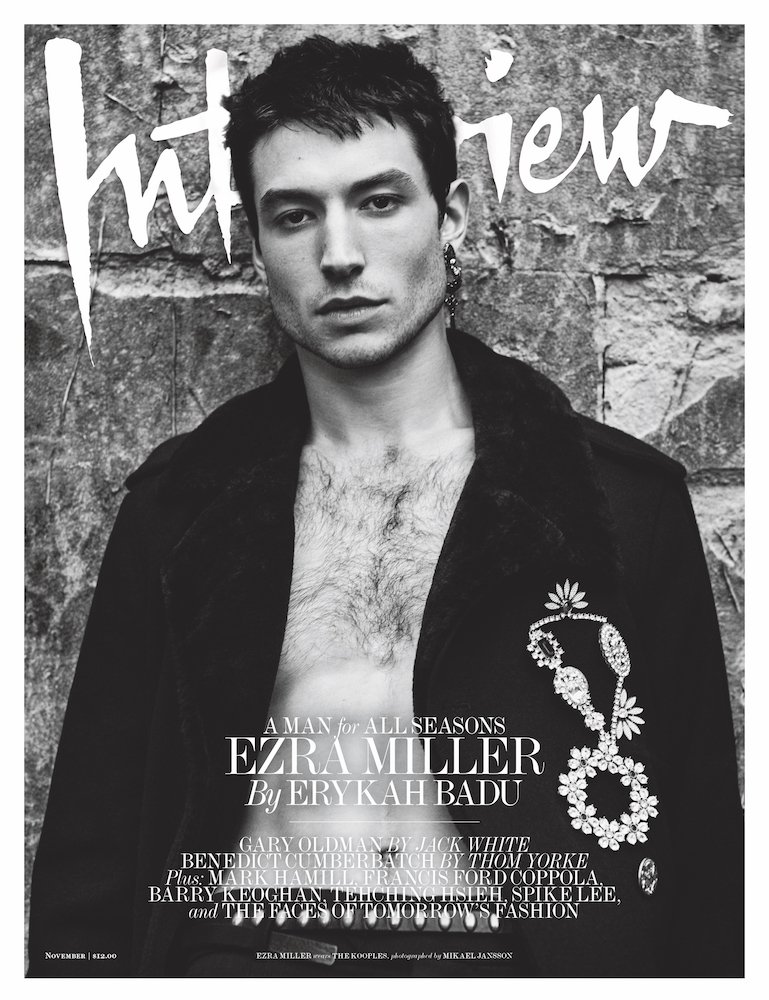 In an industry not known for being overly cerebral, Ezra Miller has emerged as the first millennial superhero, and a bona fide star. While his early roles were tinged with adolescent turmoil, the 25-year-old actor with heart-jolting good looks is now a member of the world of DC Comics, where he has played, over the course of three films, Barry Allen, a.k.a. the Flash. Despite the part’s mainstream cachet, Miller is still very much a nonconformist. When he took the role, beginning with 2016’s Batman v Superman: Dawn of Justice, Miller, who identifies as queer, became the first openly LGBTQ actor to be cast as a lead character in a major superhero franchise.

Miller studied opera as a child. After dropping out of his New Jersey high school to pursue acting, he landed his first job in the angsty indie Afterschool (2008) at 16, as a disaffected boarding school student. He gained widespread attention for his performance as the sociopathic son of Tilda Swinton’s character in 2011’s We Need to Talk About Kevin. More high- profile projects followed: The Perks of Being a Wallflower (2012), the Amy Schumer–penned Trainwreck (2015), and the Harry Potter spinoff Fantastic Beasts and Where to Find Them (2016). He also hasn’t totally shed his musical past—when not saving the world on-screen, he plays in the three-piece “genre queer” rock band Sons of an Illustrious Father.

Ahead of his return to the DC Universe in this month’s star-studded Justice League, Miller spoke with another singular thinker and artist: singer-songwriter Erykah Badu. What follows, if you can follow, is a conversation about ancient Egyptian healing, the physics of love, and the superhuman powers of everyday people.

His jawline, his chest, his arms. So freaking hot.

He looks SO GOOD!