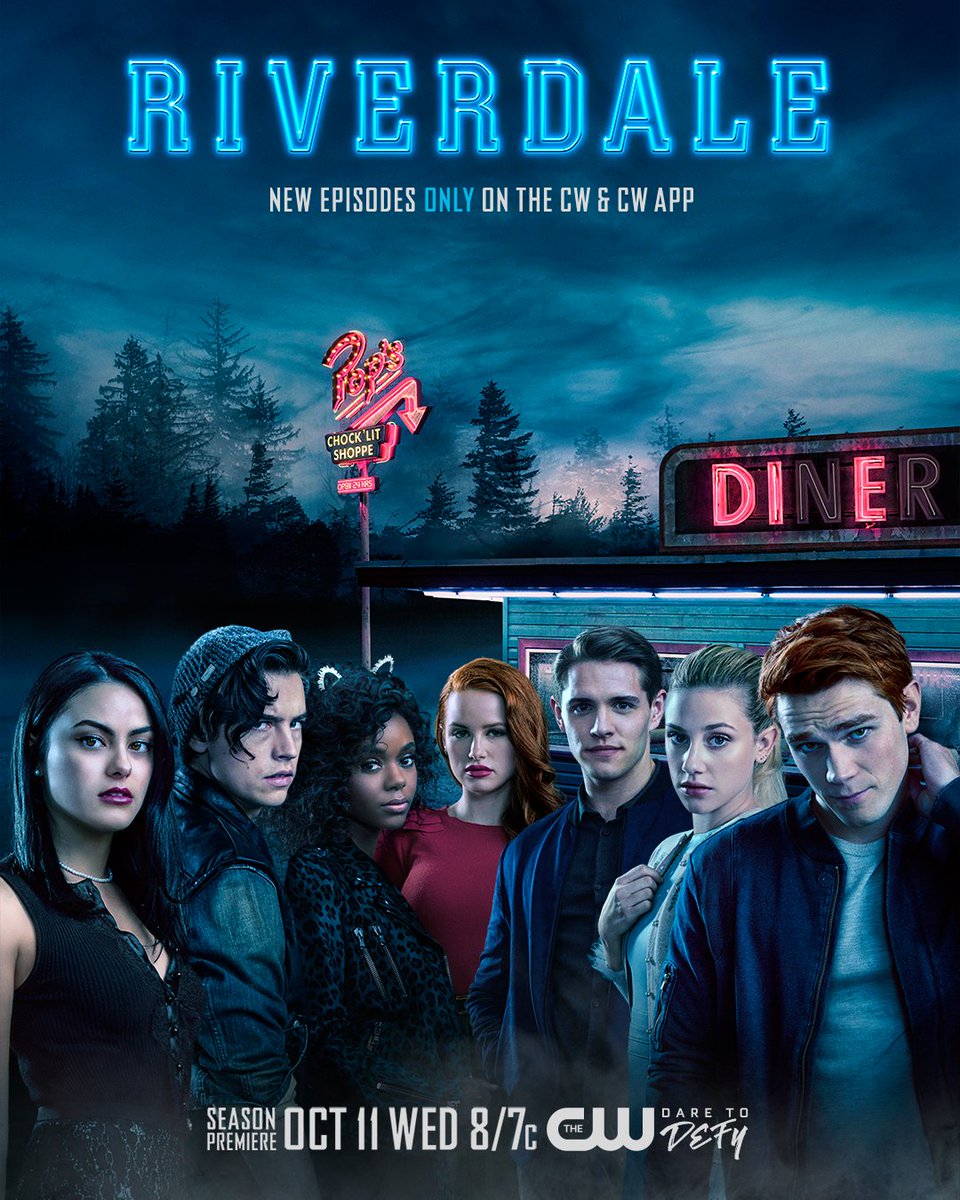 Riverdale is an American television series based on the characters by Archie Comics. The series follows Archie Andrews’ life in the small town of Riverdale and explores the darkness hidden behind its seemingly perfect image.

The series features an ensemble cast based on the characters of Archie Comics, with KJ Apa in the role of Archie Andrews; Lili Reinhart as Betty Cooper, Camila Mendes as Veronica Lodge, and Cole Sprouse as Jughead Jones, the series’ narrator.

Any other Riverdale fans in here?

I’m a few episodes behind as well. It’s not been bad!

i missed last night’s episode too. maybe i can catch up this weekend.

Who do you guys think the Black Hood is? I’ve put my guess in the blurred spoiler below.

I think the Black Hood may be Betty and Polly’s father.

Lovestrong 2017-11-17 16:42:44 UTC #6
I just came in here to say that I’ve been LOVING this show but I haven’t read any of the messages on here because I’m still 2 episodes behind for this current season. When I watch those, I will give my thoughts

The last couple of episodes have been so good! I think I have a theory on who the bad guy is…

Season 2 is lacking Cheryl scenes tho, she’s my favorite and we need more of her!

I enjoyed the start of season 1, but the show went to absolute shit by the end. I’m now contemplating on whether or not I should watch season 2. Do you guys recommend? Is it better than S1?

I haven’t even thought of that. My thoughts were:

It’s either the new Cooper brother who’s supposed to show up, or I have this super elaborate theory that it’s actually Betty, and this is her Dark Betty persona. I thought that during the episode before last, when BH made her go into the house, put on the mask, and turn and look at herself in the mirror. Because these phone calls where he’s like “You did this” or “You told Archie and that’s cheating”, it’s like, HOW THE FUCK DOES HE KNOW ALL THIS? So part of me thinks she might be having a mental break.

I agree. I mean, they focus on Archie a lot more this season than they did in S1, (after all it’s based on the Archie Comics), but they shouldn’t leave out all the rest. Josie and the Pussycats would be a another example as well.

But who did Archie see back in the diner, when his father was shot. Even if Betty was Black Hood, how would explain the other person?

That is a good question. Honestly, I think Archie never really saw the Black Hood. Remember from the beginning? He kept hesitating with his story and being unsure about things. (At least from what I remember.) I think he came out of the bathroom, saw someone with a gun, maybe she shot towards him and accidentally hit Fred, and ran.

I keep thinking back to, who knew about Archie and Miss Grundy?, and it comes down to Sheriff Keller, Fred Andrews, Alice Cooper, and Betty. (Did the principal know too? I can’t remember.) I highly doubt the Sheriff would do this, Fred was the one who was shot, and I can’t see Alice being behind this either. (But then again I wouldn’t be shocked either, throwing herself under the bus with the mugshot to throw people off her scent.)

If it was Betty, what would she have against Moose and Midge? How did she know they were on Jingle Jangle? (I can’t with that drug name either.)

My theory on who Black Hood is, I think it’s Betty’s dad.

I really don’t know WHY I think that, but I have since the beginning of season 2. lol.

This show has gotten WAY to unrealistic imo. I still love and watch it though, but like there’s no way high school students would be involved with all the murder mysteries and solving them and involved in the gang violence. Betty wouldn’t be trying to solve who is the Black Hood by herself; like they have classes and homework too.

Is it me or has the show gotten a little boring? I’m still watching but I’m not as crazy about it as I used to be with season one. Hopefully the show reedems itself because I really like some of the characters (Archie and Kevin mostly, where’s his storyline tho?).

The new episode is one of the strongest this season so far. Hopefully it keeps on improving.

I feel like it’s dragging on a little too long. Less episodes would have been better tbh. And I’m honestly sick of Varchie, like, we already know he will be getting together with Betty at one point or another.

Yep, I think that’s the issue. Too much filler…