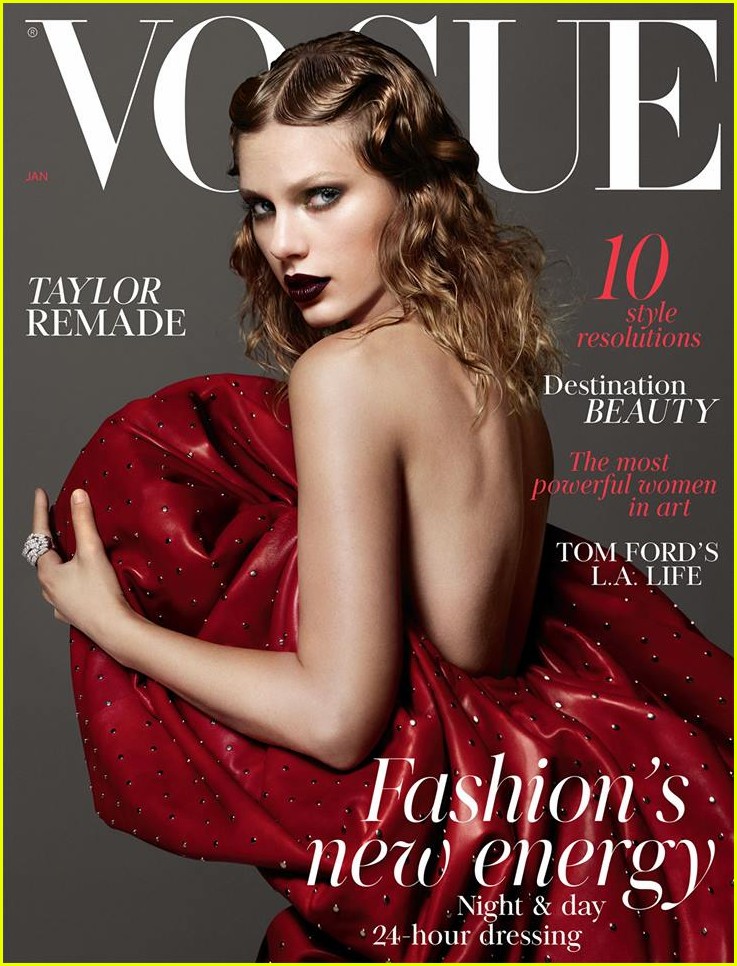 Taylor Swift is on the cover of British Vogue‘s new issue for January 2018.

This is the 27-year-old singer’s first magazine cover since the release of her new album reputation and it bills Taylor as being “remade.”

Taylor is wearing a Saint Laurent dress by Anthony Vaccarello with hair styled by Paul Hanlon and make-up by Isamaya Ffrench. The photos were shot by Mert Alas and Marcus Piggot, who she worked with for her album artwork.

The inside shoot spans across 12-pages and was styled by Edward Enninful, the new editor-in-chief of the mag. This is his second issue and it’s helping push “New Vogue” in its editorial direction.

“Thank you @edward_enninful and @mertalas for your passion, spirit, and contagious laughter on set,” Taylor wrote on her Instagram account. “Mert and Marcus took these photos for @britishvogue and my album photos for reputation, and it’s been such a bonding experience working together so closely and talking so much about what we wanted to make. It’s been a while since I’ve done a magazine cover. I’m really happy my first one back was with such wonderful people.”

The lipstick is awful on her